As the Great Fire of London proved, even great cities are not immune to fire. Thankfully fire protection measures have improved since the 1600s, and now as well as fire regulations and drills, we have passive fire protection like fire resistant coatings. It’s time to get behind intumescent paint London.

Those responsible for fire safety in business and other non domestic premises include include employers, owners, landlords and other parties in control of the premises. The government guide for making premises safe from fire outlines their responsibilities, such as fire hazard prevention and fire drills. By using fire resistant coatings (such as intumescent paint) you can provide a passive fire protection system which is ready to act the moment a fire breaks out.  Intumescent paint is designed to expand when exposed to high levels of heat, giving up to 240 minutes of fire protection and reducing the risk of fire spreading and heat damage.

Intumescent paints are a coating layer that goes on like paint, but when exposed to extreme heat they swell, expanding to up to 50 times their original size. They form a foam-like solid called char, which does not conduct heat and burns very, very slowly. In this way they insulate the surface they coat from the flames, and prevent the flames from spreading. Intumescent paints protect people and firefighters from the threat of building collapse by protecting the substrate from flames, while also increasing evacuation time.

Fire resistant coatings like intumescent paints are becoming more and more prevalent, and with good reason. They save lives. 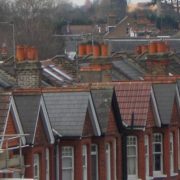 Intumescent paints protect substrates from brick to wood against fire

Intumescent paint is widely used in the commercial and industrial sector in London and the rest of the UK. It can be applied on many different substrates, such as:

Just to name a few. Intumescent paint is low odour, applicable on or off site, available in a wide range of colours and finishes, and can be applied to treated or untreated surfaces. You have probably already seen them and not known it, they are widely applied in public buildings such as hospitals and schools. However, they are also available for consumers to apply at home.

This website uses cookies to improve your experience while you navigate through the website. Out of these, the cookies that are categorized as necessary are stored on your browser as they are essential for the working of basic functionalities of the website. We also use third-party cookies that help us analyze and understand how you use this website. These cookies will be stored in your browser only with your consent. You also have the option to opt-out of these cookies. But opting out of some of these cookies may affect your browsing experience.
Necessary Always Enabled

Any cookies that may not be particularly necessary for the website to function and is used specifically to collect user personal data via analytics, ads, other embedded contents are termed as non-necessary cookies. It is mandatory to procure user consent prior to running these cookies on your website.