Vantablack paint lets you gaze into the abyss

If you have ever wondered what it would be like to stare into a black hole, Vantablack paint is (hopefully) the closest we may ever come to the event horizon. Created by Surrey NanoSystems (SNS) – a British company originally staffed by scientists from the University of Surrey – Vantablack is the blackest black that exists today. It is so black it holds the Guinness World Record for the Darkest Man-made Substance. The coating was originally developed for satellite-borne black body callibration systems where stray light is a nuisance that can throw off instruments and readings. The name “Vantablack” actually comes from Vertically Aligned NanoTube Array BLACK, the technical name for the coating. But how does it work?

In this article we will discuss the incredible properties of Vantablack paint and look at its possible future. Imagine Vantablack clothing, or a Vantablack car! We also answer the question on everyone’s lips: where do I find it?

The science behind the blackness of Vantablack paint

The secret of Vantablack’s blackness is that it consists of a forest of tiny carbon nanotubes which are “grown”on a substrate while in a vacuum chamber. These nanotubes allow photons to enter the nanotube forest but they cannot leave; instead, the trapped light is reflected between the nanotubes until it is absorbed and becomes heat. These carbon nanotubes absorb 99.965% of all visible light (as well as invisible light such as ultraviolet and infrared). 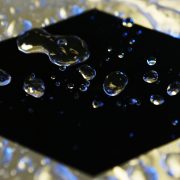 Vantablack paint seems so dark because it only reflects 0.035% of light.

In short: Vantablack paint is so black that when used to a coat a bowl, all the eye can see is a flat black circle.

As well as being almost unbelievably black, like one of Wile E. Coyote’s schemes come to life, Vantablack paint is also:

Having created the blackest man-made substance, the scientists at Surrey NanoSystems did not simply rest on their laurels. The Vantablack process involved a complicated series of steps which meant it was not suited to many substrates and applications. They put on their thinking caps and, soon enough, along came Vantablack S-VIS; a Vantablack spray which absorbs 99.8% of visible light. It is still made from carbon nanotubes but now they are dispersed in solution, making a Vantablack spray paint which is more flexible than the first edition.

Vantablack S-VIS is more simple than Vantablack paint, but the next innovation would be simpler still: VBx1 and VBx2, the super-black sister coatings. The difference with VBx1 and VBx2 is that they are not based on carbon nanotubes; they are solvent-based, pigmented coatings dispersed in a carrier solution and are designed specifically for “open, aesthetic and terrestrial optical applications” (basically, for design). At the Pyeongchang Winter Olympics, VBx2 was used by architect Asif Khan to coat a pavilion, creating the “darkest building on earth”.

Below is a video showing off the incredible light-absorbing properties of VBx1 (which absorbs 99.65% of visible light), as demonstrated on a bust of BBC presenter Marty Jopson.

So, when do we get the Vantablack car?

With Surrey NanoSystems continually producing new and improved super-black coatings it is natural to wonder when we will start seeing products with Vantablack for sale on the high street.While it would obviously be hugely dangerous to paint a whole car with Vantablack (imagine a Vantablack car at night), not to mention expensive, using the coating to highlight interior designs or accents could be incredibly effective. Imagine the instrumentation of your dashboard with the blackest black background, the displays the only source of light.

The material was originally designed for use in a diverse range of applications, from infrared cameras to scientific instruments. Ideally, it should be applied to surfaces that are protected, either within a packaged product or behind a protective layer. The unique structure makes it particularly susceptible to direct impacts or abrasions, so particularly unsuited to coating a car. Unless, that is, you never want the car to leave the garage. So don’t expect to buy Vantablack car paint just yet.

But don’t worry: Vantablack paint for your car might be a thing for the future. Researchers are constantly testing the substance on new substrates to discover new possibilities. In the future, everything could be Vantablack.

The Vantablack watch and an artistic feud – Semple vs Kapoor

The Vantablack watch makes the hands appear to float.

When Vantablack was first announced to the world, Surrey NanoSystems didn’t quite realise what a phenomenon they had on their hands. Vantablack is the new black, after all. They sold the exclusive artistic rights for the use of Vantablack paint to London-based artist Anish Kapoor. So far he has used those rights to collaborate with Swiss watchmaker MCT to produce the limited edition Sequential One S110 Evo Vantablack watch. At a mere £75,000, plus tax, you can see why they only made ten.

Other artists were less than pleased by this hogging-all-the-red-crayons type behaviour, and Stuart Semple decided to take action. He created the Pinkest Pink and made it available to everyone – except Anish Kapoor. Despite instructions that the pigment could not be passed on to Kapoor, he managed to get his hands on some, literally – he posted an image of himself flashing the bird with the offending finger coated in the Pinkest Pink and the caption “Up yours #pink”.

Stuart Semple has now produced a black acrylic to rival Vantablack: Black 3.0. Semple claims this is the blackest paint in the world, super-flat, ultra-matt, and absorbing between 98 and 99% of visible light. This paint is currently on Kickstarter for “the benefit of all artists”- except Anish Kapoor.

At this time Surrey NanoSystems (SNS) control all manufacture and distribution of the coating, and they do not sell to private individuals. They do, however, sell their product to verified companies, research facilities and educational institutions. If you work at a university or museum, you can purchase a sample for educational purposes. The sample consists of a ‘crinkled foil’ display unit that demonstrates to viewers the unique properties of the coating. Vantablack customers outside the UK should keep in mind that they may need to apply for a UK Government export license. This typically takes about 4 weeks to process. If you are looking for the Vantablack price, that is entirely dependent on the application. 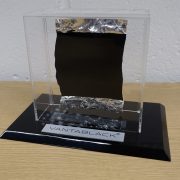 Vantablack sample for schools and museums

Despite their more easily usable formulations, Vantablack S-VIS, VBx1, and VBx2 are not available to private consumers for applications, and are not available in a spray can. Surrey NanoSystems still control the applications of their product and work in partnership with companies and endeavours to produce a desired result.

Endless possibilities for the future of Vantablack paint

Vantablack paint actually made its space debut aboard the Kent Ridge 1, a low earth orbit microsatellite which was launched in 2015.  The super black coating was used on the satellite’s ‘star tracker’, instrumentation that uses a map of the stars to provide an accurate position reference for the satellite. Using Vantablack improved the star tracker’s accuracy by absorbing stray light entering its sensors, giving it more accurate data from which to work. 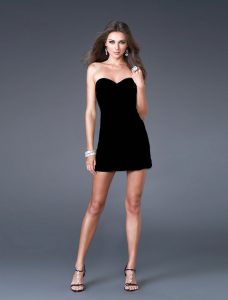 Though there’s no Vantablack clothing yet, one day we may get the little blackest dress!

While Vantablack was originally designed for use in space-borne instrumentation, its shock resistance, thermal tolerance and light absorbing properties quickly found many applications across science and technology. In the future the coating may be found in:

It should be no surprise artists and designers cannot wait to play with the eye-fooling substance. The ability to make the three-dimensional appear as flat as paper could have any number of mind-bending uses, imagine a Vantablack vase holding a vibrant bouquet of flowers! The exclusivity mean that the Vantablack cost would be prohibitive, but one day the dream may be realised.

At this point, Vantablack is not yet applicable on fabric or other softer materials. The carbon nanotube growing process is suitable for stable substrates which can endure heats of 500°C or higher. Even the spray-on S-VIS requires the ability to withstand heats of 100-280°C, though its application method makes it more widely usable. The miniscule carbon nanotube structures of Vantablack and Vantablack S-VIS require protection from direct contact and mechanical abrasion.

To achieve the dream of a Vantablack-tinted world, we need to make everyday items less melt-able or the blackest black more hardy. Science, now it’s up to you.  If you are interested in more background information, here is “An Inside Look” video.

It gets better: The improved version of Vantablack paint is even darker than the original

In 2016 Surrey NanoSystems improved upon its own record-breaking black to create even-blacker-than-black. Vantablack Mark II was born.

Where the original absorbs a measly 99.965% of light, the new version is so black its brightness and colour cannot be measured, not even with a spectrometer. The new Vantablack consists of thinner and longer carbon nanotubes than the original coating, allowing greater light absorption and almost zero reflection.

Here is a video of the new improved Vantablack’s absorption being tested with lasers. Spoiler alert – the Vantablack wins:

Paint your window – How to paint window frame and trim